Lactic acid is the product of anaerobic glycolysis and exists in the blood entirely as lactate ion. Lactic acidosis is defined as a plasma lactate level higher than 5 mmol/L with a pH of less than 7.35. Laboratory findings typically include decreased blood pH, decreased bicarbonate level, decreased pCO2, and increased lactate. Anion gap is typically, but not always, increased.

Raised blood lactate concentrations may result from either increased production by tissues or decreased clearance by the liver. In addition, some drugs, toxins and inborn errors of metabolism can produce lactic acidosis.

Lactic acidosis is seen in hypoxia associated with acute cardiac or respiratory failure, shock, and acute blood loss. Blood levels rise very rapidly as oxygen delivery to the peripheral tissues decreases below a critical level. An increased blood lactate level is an earlier indicator of tissue hypoxia than pH. In patients with circulatory shock, mortality increases from 10 to 90% as lactate concentration increases from 2 to 8 mmol/L. A sudden increase in oxygen requirement occurs in patients with grand mal seizures and in patients with severe asthma. The increased work of breathing results in release of lactate from the muscles of respiration.

Increases in lactate synthesis in the absence of tissue hypoxia may occur when the rate of glucose metabolism exceeds mitochondrial function. Blood lactate levels often increase slowly in patients with lymphoma, leukemia, neoplasms, and sepsis. Increases are usually modest, in the range of 1 to 2 mmol/L. Malignant cells have a higher rate of anaerobic glycolysis. Certain drugs and ethanol can also increase blood lactate levels. Phenformin, a biguanide, causes lactic acidosis by increasing both glucose utilization in peripheral tissues and conversion of pyruvate to lactate. Metformin, another biguanide, acts similarly to phenformin, but causes lactic acidosis much less frequently and usually only in patients with coexisting renal failure.

Because lactate is normally metabolized in the liver, blood levels are highly dependent on hepatic perfusion and function. During circulatory failure, lactate clearance is slowed down, especially in the presence of liver dysfunction. Hepatic tumors or metastases impair the liver’s ability to clear lactate.

Specimens for lactate are particularly prone to preanalytic variation. Venostasis induced by the use of a tourniquet has little effect, but extensive hand clenching may increase lactate levels and should be avoided. Red cells are capable of anaerobic glycolysis and can generate lactate after collection. Lactate levels can increase 70% after 30 minutes at room temperature, unless they are collected in a tube containing preservative or promptly centrifuged to separate plasma from cells. 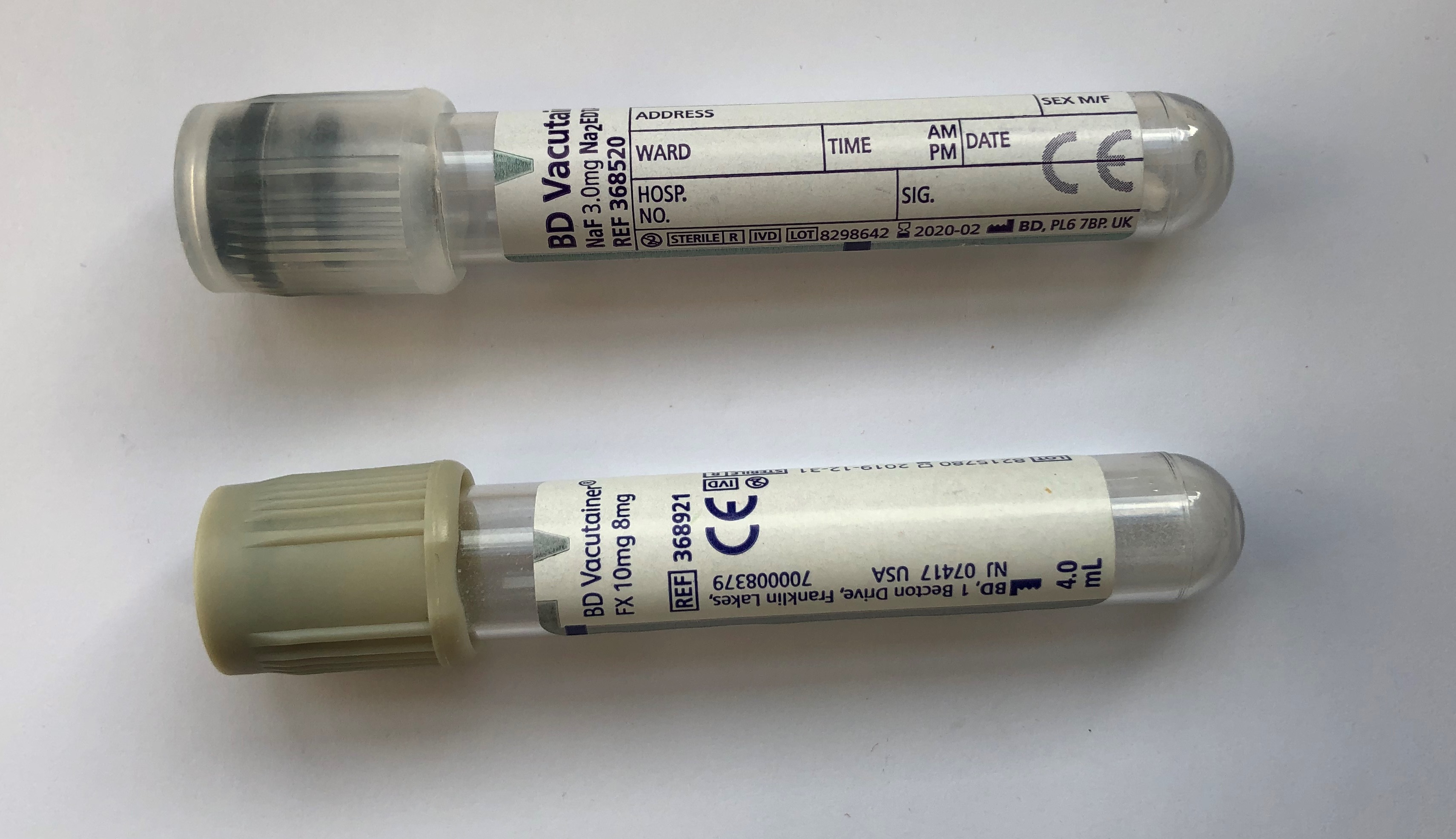