Fluoride oxalate sample for methanol and serum for ‘poison profile’ 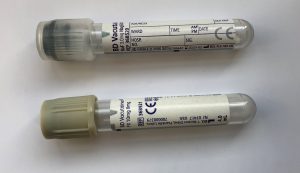 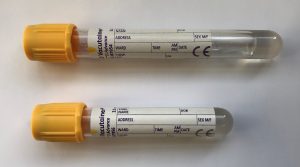 If suspicion of methanol ingestion, request methanol AND ‘poisoning profile’ which contains:

The poison profile results will be used by the Duty Biochemist to determine whether the methanol should be sent. Phone the Duty biochemist (DB) on ext 2935 or Bleep via switchboard outside normal working hours. If required, the Duty Biochemist will arrange for the methanol sample to be packaged up, contact the referral laboratory (City Hospital, Birmingham) and arrange for a taxi via switchboard for sample collection.

Methanol is a highly toxic alcohol commonly found in car windscreen washer solvent, gas line antifreeze, copy machine fluid, fuel for small stoves, paint strippers, and as an industrial solvent (Budavari 1996B; Suit 1990). Many new uses for methanol, predominantly as an alternative energy source, have also been proposed. If these new applications are developed, methanol is likely to become even more accessible in the future and therefore, more available for misuse.

As with ethylene glycol, the clinical course of methanol poisoning occurs over a number of hours. While methanol itself is only mildly intoxicating, it is converted to highly toxic metabolites responsible for acidosis, blindness, and potentially death.